Fetish Club Guide – How To Make Your First Time A Success

First things first: You ARE actually welcome. Parties and events are held exactly to cater to likeminded people, giving people a chance to socialize, show off new outfits, play in public a bit or simply hang out in a safe environment where your fetishes are not considered weird, wrong or disgusting.

As a debutant at fetish parties you do not want to be the odd one out, break the rules or make a fool of yourself. In fact, the fear of such missteps might be the exact reason you haven’t gone thus far.

Some rules are pretty much universal such as the respect of others, the rule not to interfere with others playing, and the absolute adherence to full consent and safewords. Other rules such as the dress code or the availability of spaces to have actual sex or play will vary from party to party, club to club. For instance if you are in the UK and decide to go to a fetish market such as the Birmingham Bizarre Bazaar or London Alternative Market there will likely be a lax dress code but little room to play and no sex (though fetish parties held in conjunction with the fetish markets may have other rules and facilities). Other venues such as Club Rub or the grand old Torture Garden fetish parties will have way stricter dress codes, and indeed often deny you access unless you have made an effort to dress up accordingly.

The dresscode should always be respected. Make an effort with it. Make it fun. Take the opportunity to feel sexy. It will make your evening a million times funnier, you will fit in better and feel comfortable.

Myths and Fears About Fetish Parties

Many first time visitors have fears and feed on myths about what might be going on. Lets address a few of them.

First of all, even at dedicated play parties, nobody will ever force you into any kind of play or activity you are not comfortable with. A simple NO will be respected and should there be a bad apple intending not to they WILL be dealt with and evicted. This can be stated unequivocally as it is a fundamental rule of any fetish party or club – and there will always be both staff and other attendees ready to enforce it swiftly. If you wish to play that is your choice and only yours.

Second, yes it is perfectly safe to go as a single male or female. Some clubs encourage certain sexes or sexual preferences but given the above rule about consent being strictly enforced there is no danger coming along as a single. Obviously, as a single person you will need to overcome your shyness and seek out conversation, company or play a bit more actively – which on the upside is a great way to expand both your horizon and social circle on the scene.

How To Behave At A Fetish Party?

We assume you have turned up dressed for the event, following the dress code and eager to explore the actual fun of it all. From there try to relax, take in the atmosphere, take in the room and the people.

A fetish party or BDSM club isn’t as such different in nature than other social events. You are not at an exhibition or a zoo, staring at people or hovering over those playing or engaged in their own social activities is plain rude and will not be appreciated. But if you ask politely if you can join a table for a drink, if you hit up another single in the bar for a chat or ask if you can come to watch public play going on odds are you will get a polite answer-back. If the answer is yes: great! If it is no: just respect it and move along.

Exactly like in any social circle, you come a long way with being respectful, polite, open, and talkative. If you’re a single guy remember that not every girl is interested in playing with you in particular, even if you share sexual interests. And by all means: No means no. Being pushy or obnoxious about rejection is the direct route to a bad time for everyone – and eviction from the club if you go too far.

Well you might want to. But first: Did you read the rules of the club? Does it actually provide facilities for such activities? And second: If the club isnt specifically a swingers club there is no particular reason to think it would happen. Sure it could happen and obviously does that 2 people hook up, have chemistry, maybe go for a private play session and have sex in the process. But if you attend with getting laid as your primary objective there is a very chance you will go home disappointed.

That indeed is the main advice: Read and follow the rules, prepare yourself in advance and then simply attend and have a good time. A fetish party is lots of fun, sexy fun at that. Take advantage of it. 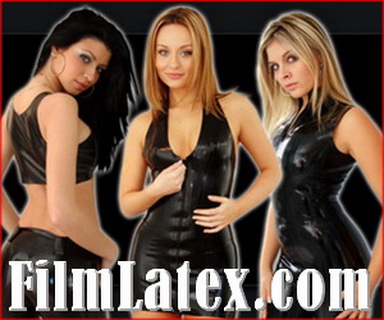 Fetish Parties Around The World

To find more information about each event or club simply insert the name into Google. Most of them have websites, facebook pages or other easily accessible ways of getting more information.

If in doubt try asking questions on the facebook page of the fetish event you are considering attending or head on over to Fetlife. Plenty of fellow fetish lovers are ready on Fetlife and they can most likely shed light on past experiences at the event, answer specific questions you may have and so forth.